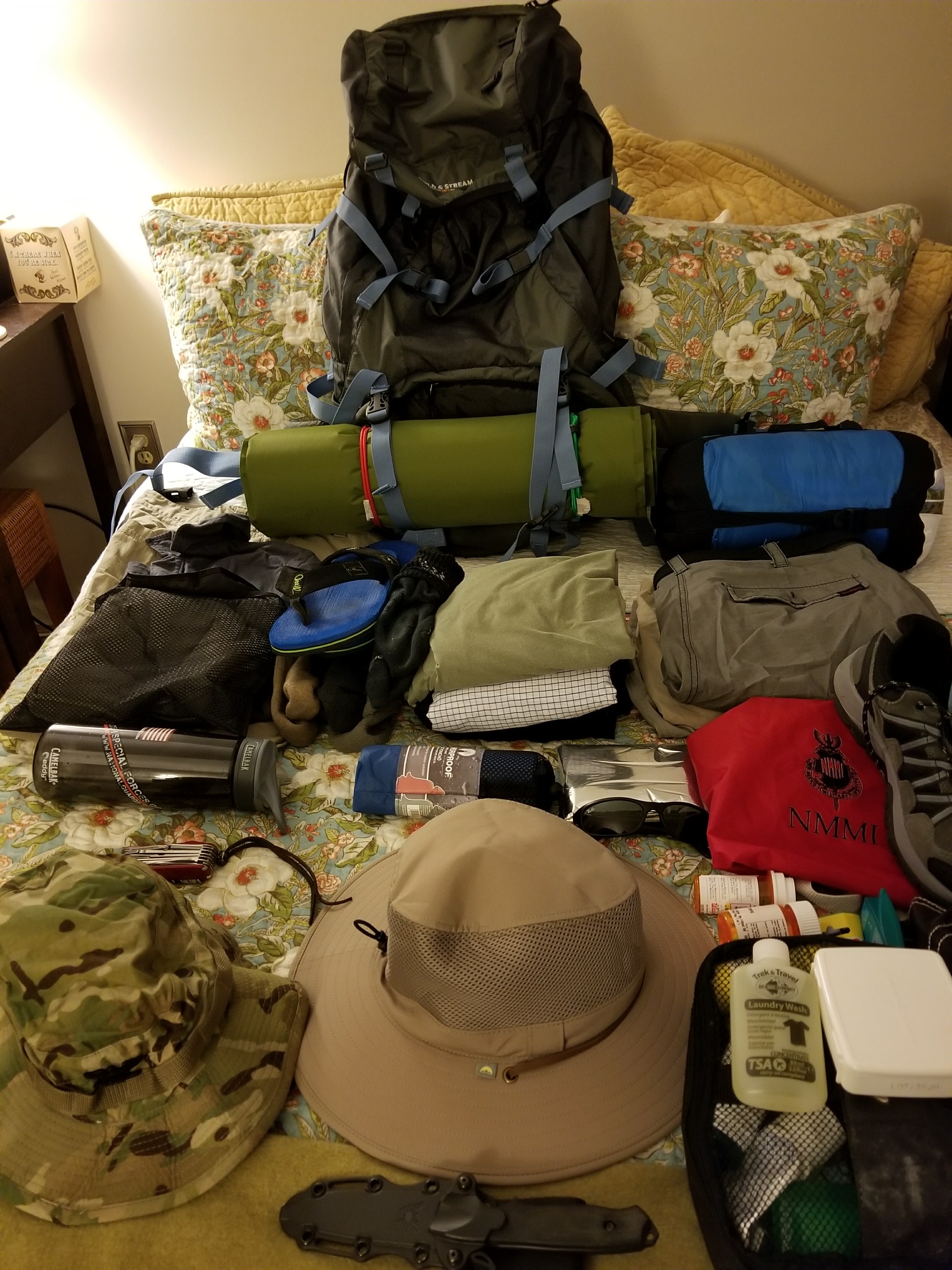 Did a pre-mission layout of clothes/equipment last night.  Nice comments from friends and family on Facebook.  I am thinking I am taking too much stuff for such a long walk.  I am taking a small survival tent and thermarest mattress…hearing that folks are getting turned away because albergues (government-subsidized hostels with bunk beds and shower and maybe a meal) are filled up in the summer months.

Getting dropped off at Anderson Transportation Center.  Saying goodbye to Gina and her mom.  Taking Woburn Express to Logan Airport.  Weather has turned in New England after being so nice the past two weeks.  Now they are saying that my connecting flight from Newark to Paris could be delayed…which would affect a follow on flight to Bairritz, France, where I take a train to the start point.  Stay tuned.  I’ve learned that nothing is written in stone…be prepared for change and disruption.  Always think what Special Forces soldiers do:  Have a PACE plan (primary, alternate, contingency, emergency).

Either way, off to a great adventure.